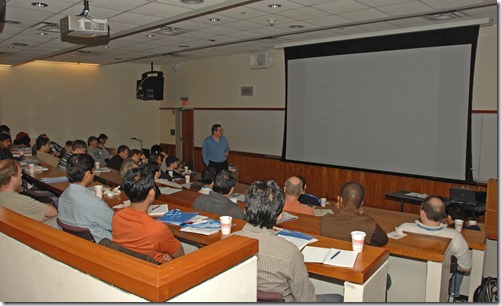 I’m waaaay overdue for this posting.  But I would be remiss to pass up the opportunity to thank everyone, from speakers, to organizers, to sponsors and attendees, for making this year’s code camp, on November 6th, the biggest and most successful yet.

I’m not going to drone on about the details.  Suffice to say, a lot more lessons were learned.  I’ll update my regular checklist about running a code camp in the near future.  For now, I’ll leave you several video interviews we recorded that day.  We’re also working on editing several audio and video recordings of the actual sessions, so stay tuned for that.

Thanks to everyone who made this event possible!