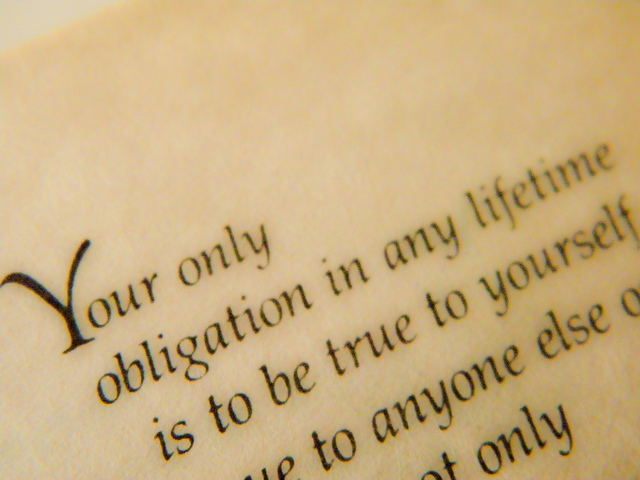 A few months ago, I wrote a post containing a bulleted list about how you can find yourself “stuck” in management, and how to get yourself “unstuck.” It was my most popular post, and it seems to have touched a nerve. In this post, I’ll start diving into these bullet points, and offer some potential solutions and advice.

There were two points in my life where I trapped myself in a management role out of a sense of obligation. Now, I’m not going to tell anyone to ignore your obligations. After all, those come out of a strong moral foundation.

But hopefully my experiences will help you to avoid getting into this position to begin with.

In the late ‘80s, some of my co-workers and I built a software development tool that we used internally. We were more excited about the tool than the actual projects we built with it, and there was a lot of talk about one day starting a software company of our own.

In 1990 we got that exact chance when our huge brokerage house went bankrupt. While most of their employees were freaking out about losing their jobs, we were excited about the opportunity this pushed us into finally doing.

The first task before us was to rewrite the tool, and prep it for packaging and selling. It was the most fun I ever had in development. Unfortunately, the niche for the tool quickly disappeared, and sales were too slow to maintain salaries. So we also took on consulting work.

Turns out, our company actually turned into a pretty successful consulting company. We grew the company fairly quickly and were very busy for several years. As a young president with no business skills, and even less delegation skills, and with partners with just as limited skills, I felt obligated to take the day-to-day management and operations on my own shoulders. So I eventually quit consulting to run the business full-time.

We did well, and I hated it. Turns out, our success was short-lived, because our lack of business skills caught up with us. We collapsed rather quickly in 2000, when the bubble burst for many small companies like ours. I had to fire myself (and others) because we could no longer afford to carry a cost center. Thankfully, it also provided a silver lining — I was able to get back into development for another company, working for a CTO who worked with me in the past, when I did consulting for his old firm.

So, huge lesson # 1: If you want to start a business in a field you love doing the actual work for, hire or outsource to skilled people who can run the parts of it you hate or have no interest in – even if you’re good at it. And learn to delegate. People in development are often natural control freaks, so this may be the hardest part. If you don’t delegate, you can easily find yourself working on the business rather than in the business. This is fine for some people (and a key part of Michael Gerber’s E-Myth philosophy), but if you really love what you do, this can cause your soul to slowly die, and you may not realize it until it’s already dead.

The second occurrence came as the ultimate result of me taking on that new job. I started in an architect role, and designed and developed several systems. All the while, I was working on a second attempt for a software development startup with a couple of partners. We developed a prototype, wrote many revisions of a business plan, and worked on raising capital. Yeah, we were going to do it “right” this time, and not try to bootstrap it and find ourselves turning it into another consulting company to keep ourselves afloat.

So, for a long time, I expected funding to come through, and I knew my role would be mainly development. I even got input from one of my current company’s owners on our business plan, so they knew of my plans. The fact that I expected this to come through, along with the fact that my current company needed me to take on more of a management role, caused me to leave my guard down and slowly get sucked away from development.

Since my boss gave me the opportunity there, and got me back into development at the time, and also provided me a salary after I fired myself, I felt an obligation to help him out. On top of that, I was helping to put my daughter through college, so the pay was worth sticking it out.

But for many reasons (a story in itself, stranger than fiction), we never got the funding we needed. The software startup died. In the meantime, I was offered a promotion. Already further away from development, and seeing no light at the end of the tunnel, I accepted the promotion.

Nearly a fatal mistake. You know the rest of the story.

So, huge lesson # 2: Don’t let what you love to do get away from you by hanging on to a prospect “just around the corner.” You can easily get pulled away, and before you know it, years have gone by and your skills have eroded. You wake up one day convinced you committed career suicide, and you go backwards in your mind trying to pinpoint when it all disappeared.

Next time, we’ll talk about how you may start convincing yourself that management is where you should be at a point in your career.

Fairfield / Westchester Code Camp 3 – Exhausting, But So Worth...

Wanting to Do Everything