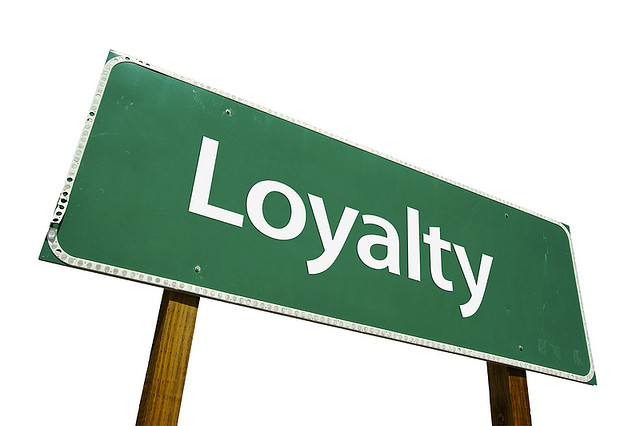 This is the next bullet point in my continuing series on how you can find yourself “stuck” in management, and how to get yourself “unstuck.” In this post, we’ll talk about why the illusion of company loyalty somehow remains, and how you can recognize if it’s real or not.

Even in the 50s, 60s and 70s, I doubt it was pure company loyalty that kept people at a firm for decades. It’s always been loyalty to people that meant anything. And when people stayed with the same firm for many years, several people did, so the loyalty was more to each other than the firm you were with.

Don’t fool yourself. Companies have never truly been loyal to their employees. They have loyalty to the bottom line, and if they’re run well enough (and may have some of their original idealistic founders), they may continue to have some loyalty to the product they produce. Again, people may have loyalty to co-workers, but that’s really it. It’s the remaining humanity left in most companies that portray any sort of loyalty.

But these days people can remain loyal to each other while still moving around. Social networking and the ease of communication helps. Besides, staying in one place out of an illusion of loyalty isn’t really helping your co-workers if you are unhappy.

The typical career path in corporate (fill in your country / region here) is a move from tactical to strategic roles. But many of us who excel in tactical activity suddenly find ourselves in an exclusively strategic role (not to mention the baggage peripheral tasks that seem to go along with a strategic role). It appears that even in the early 21st century, most companies still don’t know what to do with experienced tactical stars. After all, the only way to bring on new talent is to push existing talent up the corporate ladder, or to fill those positions through attrition.

If you think about it, much of that attrition is from people who wake up and realize that if they don’t make at least a lateral move, they may wind up in a job they hate through earned appreciation and promotion.

I believe we’re missing a critical role at most companies – the role of a true technical lead. Even architectural roles tend to move into hands-off positions, despite the opinion of many, who feel that the best architects remain hands-on at some level. Besides, corporations vary widely in their definition of an “architect.” By the time a top developer has gained critical technical and business experience, he or she is bound to be pushed into an eventual hands-off role, simply because “that’s the way it’s always been done.” And the world loses significant talent.

If you truly believe in the product or service your company provides, and if you feel you have an enlightened management team, try to put together a solid argument for a technical leadership role for yourself (architect or otherwise) – a position that will keep you hands-on, while still giving you “corporate recognition and perks,” if that means a lot to you.

But even if you have such a management team, who understands the value of an experienced leader on the front lines, recognize that corporate culture is very slow to change. So give yourself a deadline of six months to a year. And if you see the expectations of your role drifting towards 100% strategic, or just managing people and timelines, yet you still love coding, consider it time to move on. Otherwise, years will disappear. Trust me.

Next time, we’ll start discussing some of the signs that may tell you you’ve made a horrible mistake.