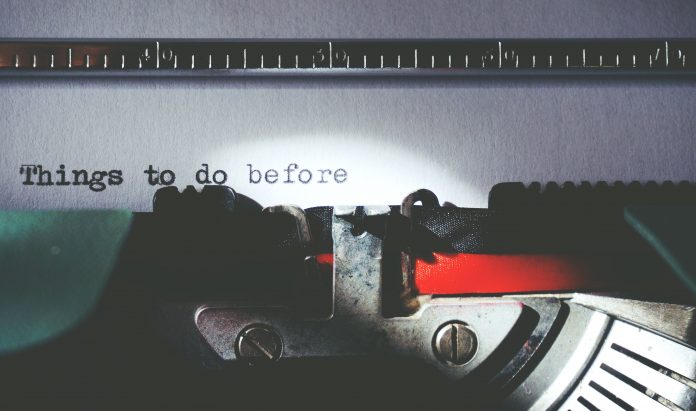 I’ve been sick on and off for the past few weeks. It reached a pinnacle last week when I inevitably came down with the flu. I hadn’t been this sick in a few years, and like many of us who’s experienced this, not being able to do anything towards my goals was driving me absolutely insane.

Ok, so I thought I’d take advantage of this externally (perhaps, self-) imposed restriction to slow myself down, get the rest I’ve been lacking, and help myself re-focus (a common theme). But just trying to take naps had been next to impossible. Even through my dehydration-causing semi-delirium, my mind had never raced so much with all the things I wanted to be doing, needed to be doing, wished I was doing. Maybe it’s time to learn some meditation techniques?

I consider myself an underachieving overachiever. I think in the past couple of decades there has been an explosion of people like me (sounds messy), who not only began to understand their potential for the first time, but also became aware of the opportunities never before available to the human race for actualizing this potential. This has created a culture obsessed with achievement. But it has also created a lot more disillusionment, not only with society, but with ourselves.

We’re wondering why we haven’t achieved everything we expect ourselves to achieve. Why does one person do one thing to change the world in obvious ways, while the next, just as capable person, can barely change the department he works in?

And we have so many potentially life-changing projects going on at the same time. We want to do everything before we’re gone. In this world, we’re more aware than any previous generation of how relatively short our time is in this life, and we’re always in a rush to make things happen.

We don’t even give ourselves time to get sick, or recover when we do.

We read self-help books, blogs, go to seminars, listen to tapes, and even practice all the best practices, and still it feels like it’s all a race.

And it is. You know why? Because we’re racing against ourselves. We have so many things we’re trying to achieve at the same time that we give everything, and I mean EVERYTHING the short end of the stick. Nothing gets our complete attention. Because we’re afraid.

We’re afraid of choosing the wrong thing to focus on. We’re afraid of taking the wrong turn. We’re afraid that several years down the line we’ll look back and realize that we chose the wrong things to focus on, and we’re now just that many years closer to the end. We’ll look at the other paths with regret, and we’ll notice who succeeded down those paths. So now we try to cover all our bases, and head down five paths at once, trying to grab our piece of each, hoping we’ll make our mark in at least one or two before it’s too late.

But all of those are half-hearted efforts. And none will truly succeed. If we put 20% of our efforts into 5 different paths, we’ll make maybe 15% of our goal in each of those paths at best. But if we put 80% of our efforts into 1 path, and split the other 20% into another 1 or 2 paths, our success rates would go way up, and when we notice we took a wrong turn (after bypassing the Dip), we can then refocus the 80% on one of the other paths.

I don’t have many answers yet. Like so many others, I’m still struggling with this, so I’m just thinking out loud here.